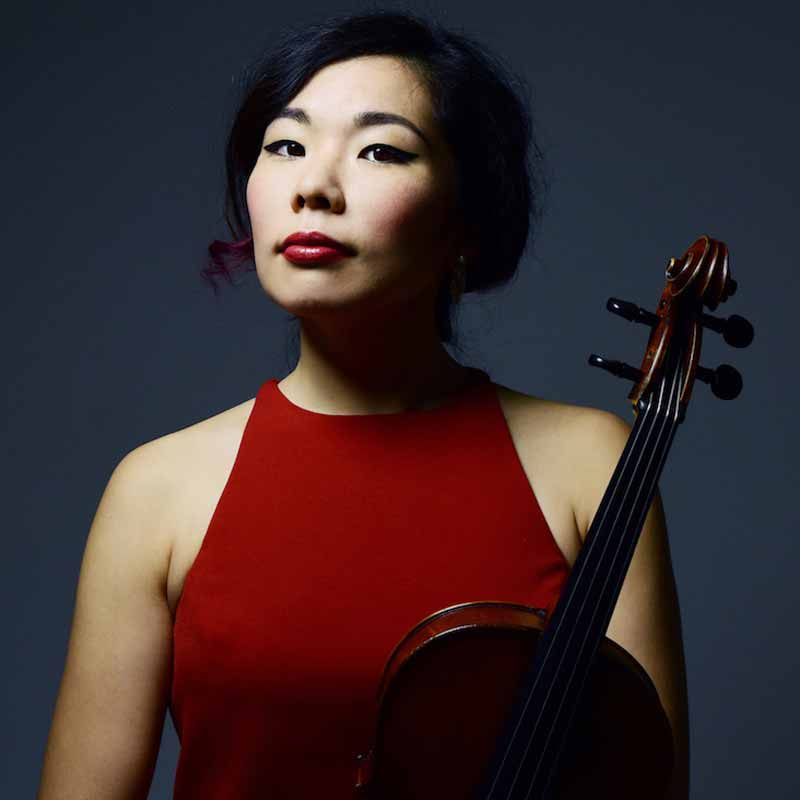 Ayane has performed at numerous festivals including the Marlboro Music Festival, the Caramoor Center for Music and the Arts, the Olympic Music Festival, and the Ravinia Festival. She is a founding member of the Aizuri Quartet, the 2017-18 Quartet-in-Residence at the Metropolitan Museum of Art and grand prize winner of the 2018 MPrize Chamber Arts Competition. The quartet has proved to be a multi-faceted group, commissioning and touring works by rising star composers and pushing the boundaries of unique and thoughtful programming. Their GRAMMY nominated debut album “Blueprinting” was released on New Amsterdam Records in 2018, a record featuring five young American composers. In September 2020, the quartet launched “AizuriKids,” an interactive web series for children that explores music from Beethoven to Eleanor Alberga. Their passion for teaching has led to student composer workshops at a number of institutions including the University of Southern California, Princeton University, and New York Youth Symphony.

Ayane also performs in the duo Ayane & Paul with composer and cellist Paul Wiancko, and most recently they collaborated on singer Norah Jones’ latest album “Pick Me Up Off the Floor.” This summer, Ayane & Paul will be performing at Spoleto Festival USA, Salastina, Denver Chamber Music Festival, and Music from Angel Fire.

Most recently, much of her musical work has involved being a mentor to aspiring young musicians, including being guest faculty at the Green Lake Chamber Music Camp and a mentor at the Olympic Music Festival and Musikiwest Summer Festival.