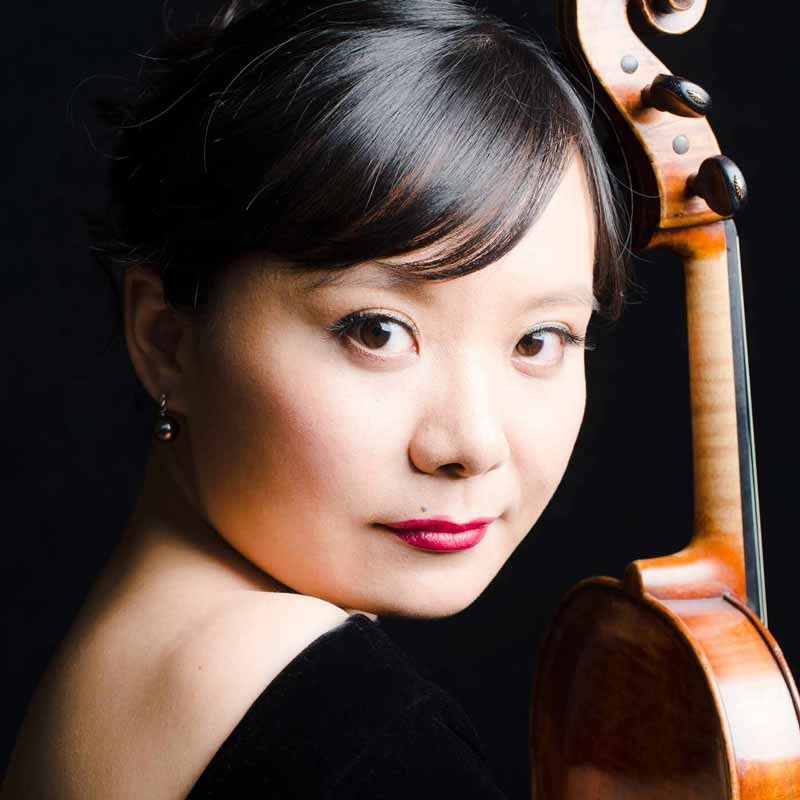 TENG LI is a diverse and dynamic performer internationally.  Recently Ms. Li was appointed as Principal Violist of the L.A. Philharmonic after more than a decade as Principal with the Toronto Symphony Orchestra.

Ms. Li is also an active recitalist and chamber musician participating in the festivals of Marlboro, Santa Fe, Mostly Mozart, Music from Angel Fire, Rome, Moritzburg (Germany) and the Rising Stars Festival in Caramoor. She has performed with the Guarneri Quartet in New York (04/05), at Carnegie Hall (Weill Recital Hall) and with the 92nd St. “Y” Chamber Music Society. Teng was also featured with the Guarneri Quartet in their last season (2009), and was also a member of the prestigious Lincoln Center Chamber Music Society Two Program. She is a member of the Rosamunde Quartet (led by Noah Bendix-Balgley, Concertmaster of the Berlin Philharmonic) and the Toronto-based Trio Arkel.

She has won top Prizes at the Johanson International and the Holland-America Music Society competitions, the Primrose International Viola Competition, the Irving M. Klein International String Competition and the ARD International Music Competition in Munich, Germany. She was also a winner of the Astral Artistic Services 2003 National Auditions.
Her discography includes a solo CD entitled ‘1939’ with violinist Benjamin Bowman and pianist Meng-Chieh Liu (Azica), along with many Toronto Symphony Credits, most recently their Vaughan Williams disc featuring Teng performing Flos Campi (Chandos).

Teng is a graduate of the Central Conservatory in Beijing, China and the Curtis Institute of Music in Philadelphia.