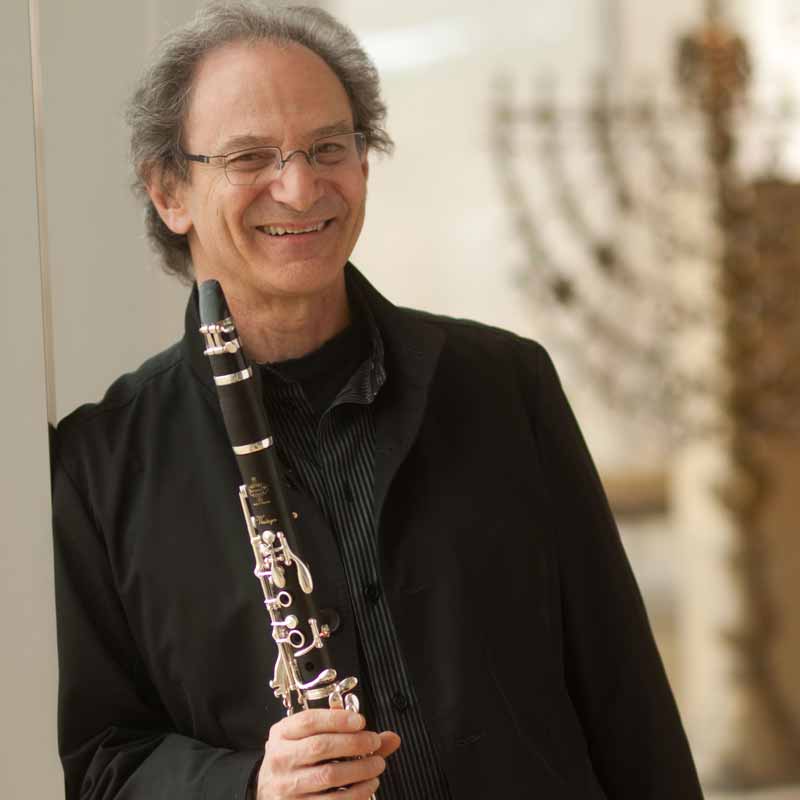 FRANKLIN COHEN is founder and Co-Artistic Director of ChamberFest Cleveland. He was the longest serving principal clarinetist and most frequent soloist in the history of the Cleveland Orchestra, serving from 1976 to 2015, when he was named Principal Clarinet Emeritus, the first honor of its kind since the orchestra’s founding. A recitalist, chamber musician, recording artist, and pedagogue, Mr. Cohen has been featured soloist in more than 200 performances throughout the United States, Asia, and Europe, appearing with Lorin Maazel, Christoph von Dohnanyi, Vladimir Ashkenazy, Kirill Petrenko, and scores of other leading conductors. His Deutsche Grammophon recording of Debussy’s First Clarinet Rhapsody, conducted by Pierre Boulez, won two Grammy Awards in 1996, and his artistry has long been part of the Cleveland Orchestra’s recorded legacy. Mr. Cohen has collaborated with such leading artists as Mr. Ashkenazy, Emanuel Ax, Mitsuko Uchida, Richard Goode, Menahem Pressler, and Andras Schiff, and has performed with the Guarneri, Takacs, Tokyo, and Emerson string quartets. He gained international recognition as the first clarinetist awarded First Prize at the 1968 Munich International Music Competition. In 2012 he and daughter Diana cofounded ChamberFest Cleveland, the city’s first international summer chamber music festival, where many of his former students perform each year, in addition to occupying prominent positions with leading orchestras and ensembles throughout the world. Mr. Cohen has taught at the Cleveland Institute of Music since 1976.