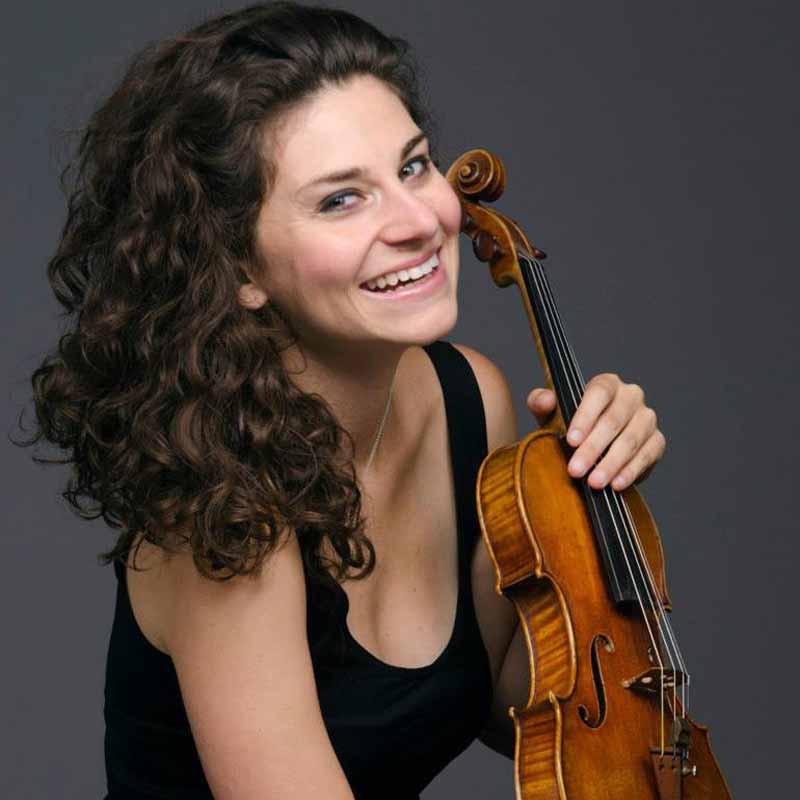 DIANA COHEN is Founder and Co-Artistic Director of ChamberFest Cleveland and a member of Trio Terzetto. She was appointed Concertmaster of the Calgary Philharmonic in 2012, having previously served in that role, and appeared as soloist with the symphonies of Richmond, Charleston, and Kalamazoo, the National Repertory Orchestra, Iris Orchestra, and Red (an orchestra). She has also served as guest concertmaster with the Rochester Philharmonic and Phoenix Symphony. She regularly performs with the Grammy-winning Orpheus Chamber Orchestra and East Coast Chamber Orchestra and has appeared with the International Sejong Soloists, The Knights, the Cleveland Orchestra, and New York Philharmonic. As soloist, Ms. Cohen has appeared with numerous orchestras, including the Holland Symphony, Rochester Symphony, Lansing Symphony and Grand Rapids Symphony. Ms. Cohen has performed at the Marlboro Music Festival, Ravinia Festival, Aspen, Chamber Music Festival of Giverny, Great Lakes Festival and Banff, among many others. She has collaborated with members of the Guarneri, Juilliard, Miró, Cleveland and Parker Quartets, and with such renowned artists as Mitsuko Uchida, Garrick Ohlsson and Jonathan Biss. An honor graduate of the Cleveland Institute of Music, she was a recipient of the Jerome Gross Prize and winner of the Milhaud competition. She can be heard on several of Orpheus’s recordings as well as with her father, clarinetist Franklin Cohen, on Osvaldo Golijov’s The Dreams and Prayers of Isaac the Blind.