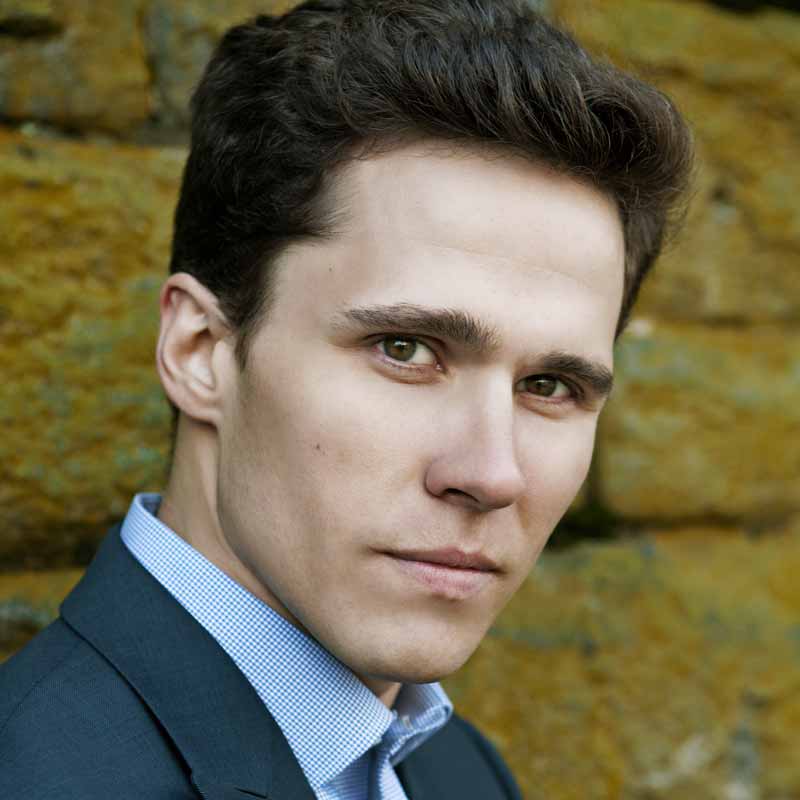 American cellist DANE JOHANSEN performs throughout the world as a chamber musician and soloist. Praised for his “brave virtuosity” and “staggering aplomb” (The New York Times, New York Magazine), Dane made his debut under James Levine performing Elliott Carter’s Cello Concerto at Lincoln Center’s celebration of the composer’s centennial. Dane has performed extensively as an Artist of The Chamber Music Society of Lincoln Center and has appeared in recital at Carnegie Hall as the first winner of the Leo Ruiz Memorial Award. More recent engagements include performances of Walton’s Cello Concerto with the London Philharmonic Orchestra and performances with the Jerusalem Symphony and Houston Symphony. Dane walked 600 miles of the famed Camino de Santiago with his cello on his back, performing Bach’s Cello Suites in thirty six concerts along the route. His experience is the subject of the documentary film, Strangers on the Earth, and his recording of Bach’s Cello Suites will be released in 2021. Prior to joining The Cleveland Orchestra, Dane was a member of the Escher String Quartet, a recipient of the Avery Fischer Career Grant, and a BBC Radio 3 New Generation Artist. He studied at the Cleveland Institute of Music, the Conservatoire National Superieur de Paris and the Juilliard School where he received the Artist Diploma.