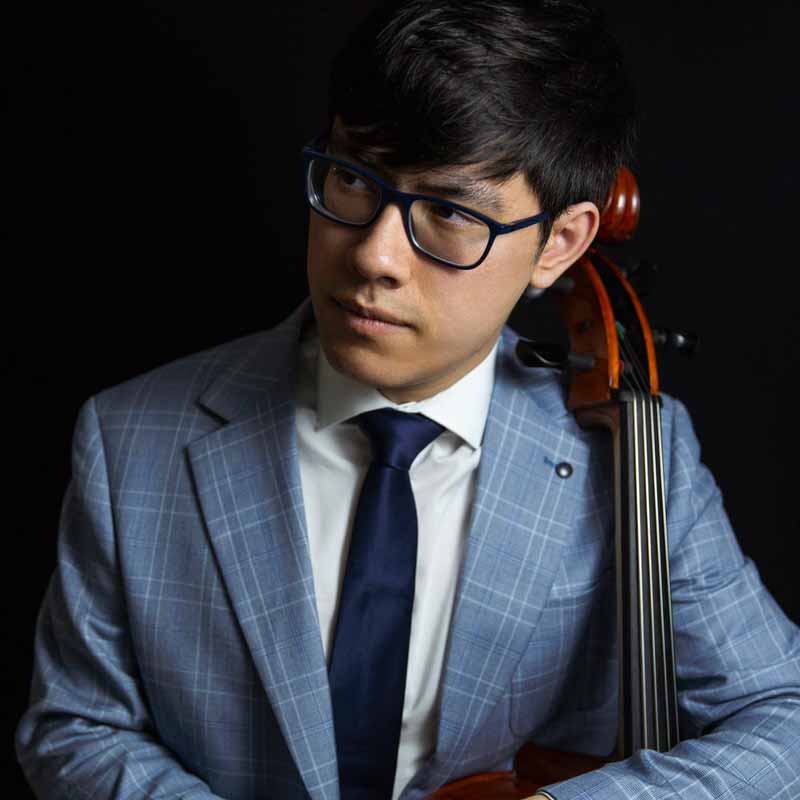 ZLATOMIR FUNG was the first American in four decades, and youngest musician ever, to win First Prize at the International Tchaikovsky Competition Cello Division. A student at Juilliard, this season he returned to the Ann Arbor Symphony Orchestra and debuted with Asheville and Aiken Symphony Orchestras, Plymouth Philharmonic, and Symphony Pro Musica in Hudson, Massachusetts. He performed at Carnegie Hall’s Zankel Hall in a joint recital with fellow Tchaikovsky Competition winners in October, following a recital at Friends of Music in Sleepy Hollow, New York. Other recitals included the Embassy Series in Washington, DC; Salon de Virtuosi and Bulgarian Concert Evenings in New York City; and Chamber on the Mountain in Ojai. At the Artist Series of Sarasota, Mr. Fung performed the complete works for cello and piano by Beethoven. He recently performed at London’s Wigmore Hall and other venues in England, as well as in Dresden, Giverny, and New York City. Mr. Fung was a winner of the 2017 Young Concert Artists International Auditions and the 2017 Astral National Auditions, among other top prizes. He was selected as a 2016 U.S. Presidential Scholar for the Arts and was awarded the 2016 Landgrave von Hesse Prize at the Kronberg Academy Cello Masterclasses. He has been featured on National Public Radio’s Performance Today and has appeared on From the Top six times.