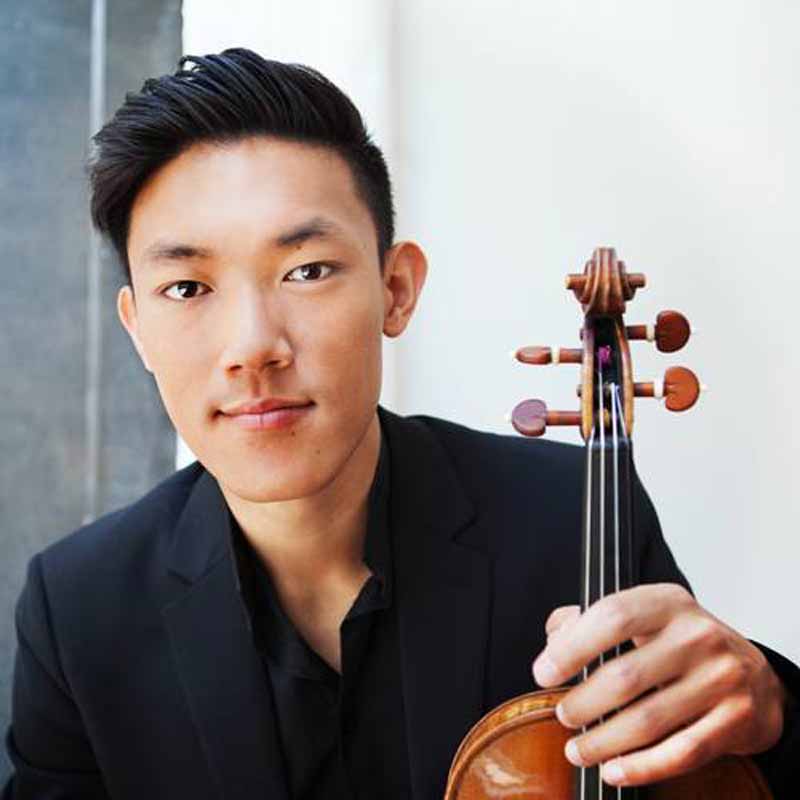 GRAMMY® Award-winning violinist Daniel Chong is one of the most exciting and versatile musicians of his generation. He has concertized extensively as a soloist and chamber musician throughout the world. Since 2002, as the founding first violinist of the Parker Quartet, he has garnered wide recognition for his performances in such venues as Carnegie Hall, the Library of Congress, the Musikverein, and Wigmore Hall. Additionally, recent solo engagements include appearances at National Sawdust in New York City, Seoul Arts Center and Jordan Hall in Boston. Mr. Chong has received several awards and prizes such as the 2009-2011 Cleveland Quartet Award and top prizes at the Concert Artists Guild Competition, Young Concert Artists International Auditions and the Bordeaux International String Quartet Competition. His recordings with the Parker Quartet can be heard on the Zig-Zag Territoires, Naxos and Nimbus Records labels. Due to release in 2021, Mr. Chong’s newest album will be released on the ECM New Series featuring the Parker Quartet and Kim Kashkashian.

Mr. Chong has performed at major music festivals including the Marlboro Music Festival, Mostly Mozart, Sommerlich Musiktage Hitzacker, Festspiele Mecklenburg-Vorpommern, Bridgehampton Chamber Music Festival and the Perigord Noir Music Festival. Actively engaged in pedagogy, he has given masterclasses throughout the United States and has also taught for the Yellow Barn Music School and Festival, El Sistema in Venezuela, the University of Minnesota and St. Thomas University in St. Paul. He currently serves on the faculty at Harvard University. Mr. Chong also regularly collaborates with some of the most important artists of our time including Mischa Maisky, Kim Kashkashian, Jörg Widmann, Roger Tapping, Shai Wosner, and Menahem Pressler. A strong advocate for new music, he has worked closely with many composers including György Kurtág, Augusta Read Thomas, Helmut Lachenmann, Rebecca Saunders and Chaya Czernowin.

Originally from Southern California, Daniel Chong’s major teachers include Robert Lipsett, Victor Danchenko, Kim Kashkashian and Donald Weilerstein. He attended the Curtis Institute of Music at the age of thirteen and continued his studies at the Cleveland Institute of Music and the New England Conservatory. Other musical mentors that continue to influence him are György Kurtág and Rainer Schmidt.