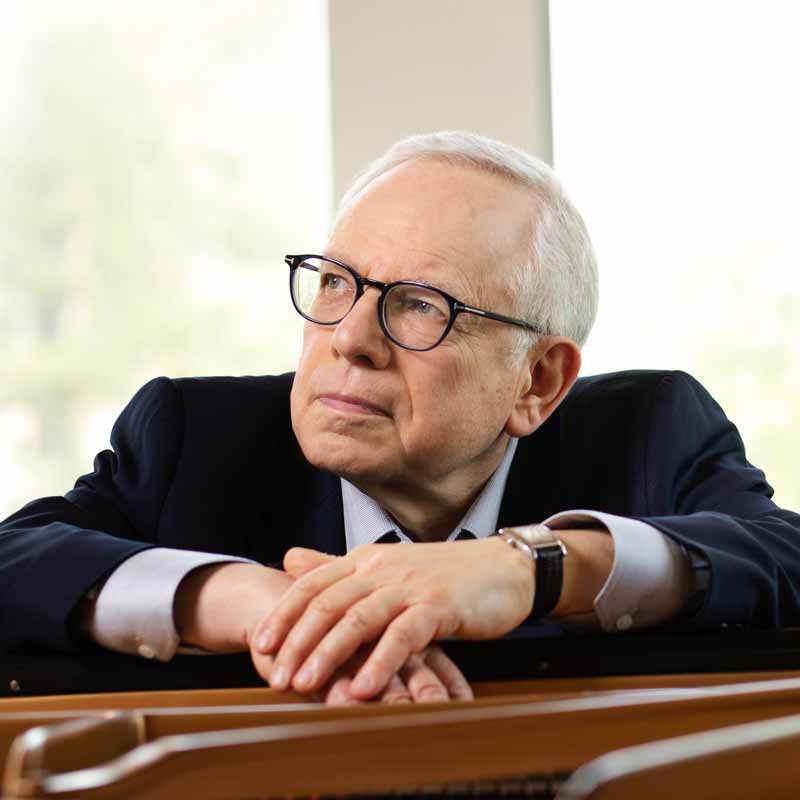 Hailed by the New York Times as “a marvelous pianist,” PETER TAKÁCS has performed widely, receiving critical and audience acclaim for his penetrating and communicative musical interpretations.

Mr. Takács was born in Bucuresti, Romania and started his musical studies before his fourth birthday. After his debut recital at age seven, he was a frequent recitalist in his native city until his parents’ request for emigration to the West, at which point all his studies and performances were banned. He continued studying clandestinely with his piano teacher until his family was finally allowed to emigrate to France, where, at age fourteen, he was admitted to the Conservatoire National de Paris.

Upon his arrival in the United States, his outstanding musical talents continued to be recognized with full scholarships to Northwestern University and the University of Illinois, and a three-year fellowship for doctoral studies at the Peabody Conservatory, where he completed his artistic training with renowned pianist Leon Fleisher.

Mr. Takács has received numerous prizes and awards, including First Prize in the William Kapell International Competition, the C.D. Jackson Award for Excellence in Chamber Music at the Tanglewood Music Center, and a Solo Recitalist Grant from the National Endowment for the Arts. His performances have been hailed by audiences and the press for their penetrating intellectual insight as well as for emotional urgency and communication.

Mr. Takács has performed as guest soloist with major orchestras in the U.S. and abroad, as well as at important summer festivals such as Tanglewood, Music Mountain, Chautauqua Institution, ARIA International, Schlern Music Festival in the Italian Alps, Tel Hai International Master Classes in Israel, Sweden’s Helsingborg Festival, Musicfest Perugia, and the Beijing International Music Festival. Since 2008, he has been a member of the faculty at the Montecito Summer Music Festival in Riverside, CA. He has performed and recorded the complete cycle of Beethoven Piano Sonatas, which was released on the CAMBRIA label in July 2011. In 2015, he was selected to inaugurate a new series in Weill Hall at Carnegie Hall entitled “Key Pianists”, presenting three recitals of Beethoven solo and chamber music to critical acclaim. His recording of the complete Beethoven piano-cello music with cellist Robert DeMaine was released in July 2022.

Mr. Takács’ success as a teacher is attested to by his students’ accomplishments, who have won top prizes in competitions in the United States, Canada, Europe, and South Africa. They have been accepted at major graduate schools such as the Curtis Institute, Juilliard School, Peabody Conservatory, and the Mozarteum in Salzburg, among many others. Mr. Takács has given master classes in the U.S., Europe and Asia, and has been a jury member at prestigious national and international competitions such as San Antonio International Keyboard Competition, Canadian National Competition, Cleveland International Piano Competition, and Hilton Head International Piano Competition. In 2020, a generous donor established a fund for a Takács/Beethoven Piano Sonata Prize to be awarded to a student excelling in Beethoven interpretation. Mr. Takács is Professor of Piano at the Oberlin Conservatory of Music, where he has been teaching since 1976.