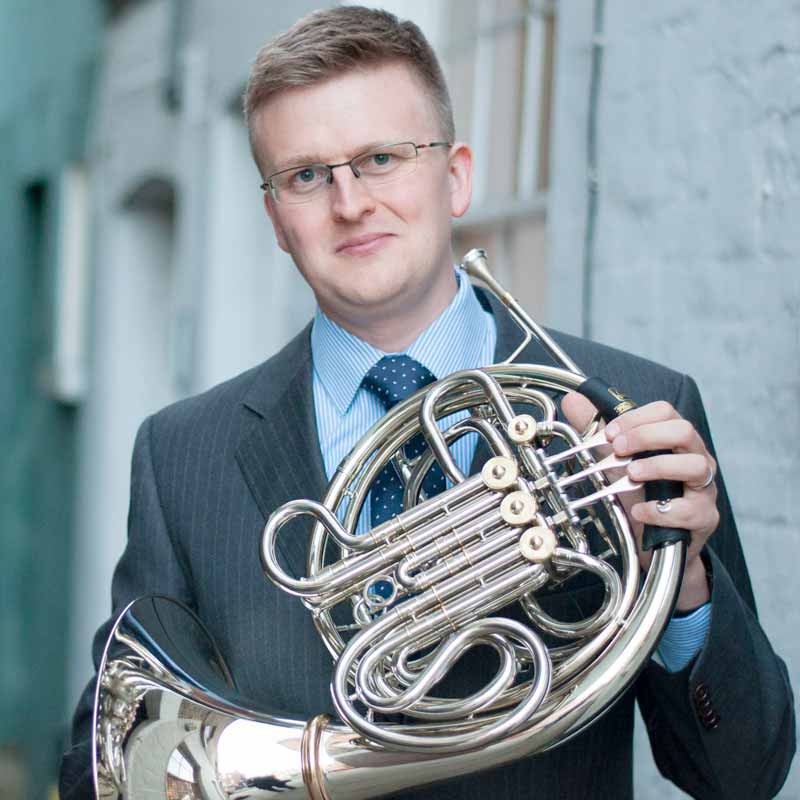 MARK ALMOND joined the San Francisco Symphony as Associate Principal Horn during the 2020–21 season. He joined the San Francisco Opera Orchestra as Co-Principal Horn in 2016 and before that held the position of 3rd Horn with the Philharmonia Orchestra of London. Growing up in Bolton, England, Almond was taught to play horn primarily by Christopher Wormald, his local high school music teacher, and subsequently won principal horn positions with the National Youth Orchestra of Great Britain and the European Union Youth Orchestra. He made his professional debut playing with the London Symphony Orchestra, at age 19, and has since performed as guest principal with numerous ensembles including the Los Angeles Philharmonic, Philharmonia Orchestra, City of Birmingham Symphony Orchestra, and the Royal Philharmonic Orchestra. In addition to playing the horn, Almond is an experienced hospital physician and has a PhD in immunology and virology from Imperial College, London. He is currently researching COVID-19 as a Post-Doctoral Research Scholar at UCSF.