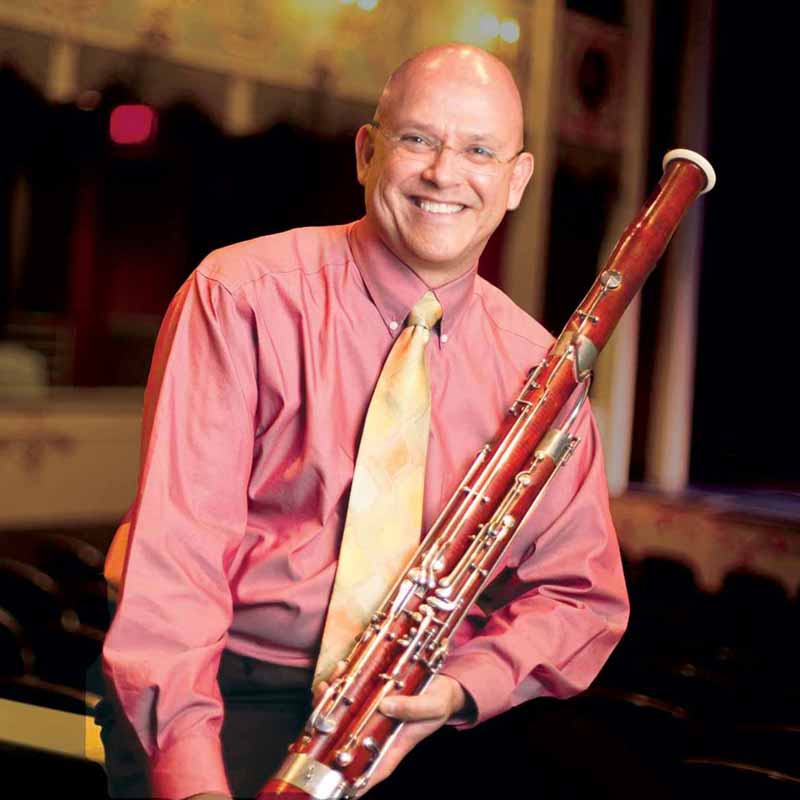 FERNANDO TRABA has served as Principal Bassoon with all five major orchestras in Mexico City, as well as the Orchestra of the Principality of Asturias (Spain), National Opera Orchestra, (Portugal) and Orquesta Sinfónica de Minería (Mexico). He has performed the major bassoon concertos with orchestras in Mexico, Europe, and the United States, including multiple performances with the Sarasota Orchestra. Most recently he was heard in three performances of R. Strauss’s Duet-Concertino with clarinetist Bharat Chandra and the Sarasota Orchestra (February 2019).

An avid chamber musician, Mr. Traba has been a member of the Sarasota Wind Quintet since 1992, and has also performed with Instrumenta (Mexico), the Palm Beach, and ChamberFest Cleveland Music Festivals. Mr. Traba has a private bassoon studio, serves on the faculties of Florida Southern College (Lakeland) as well as State College of Florida (Bradenton), and has edited and translated into Spanish the second edition of Christopher Weait’s Bassoon Reed Making: A Basic Technique.