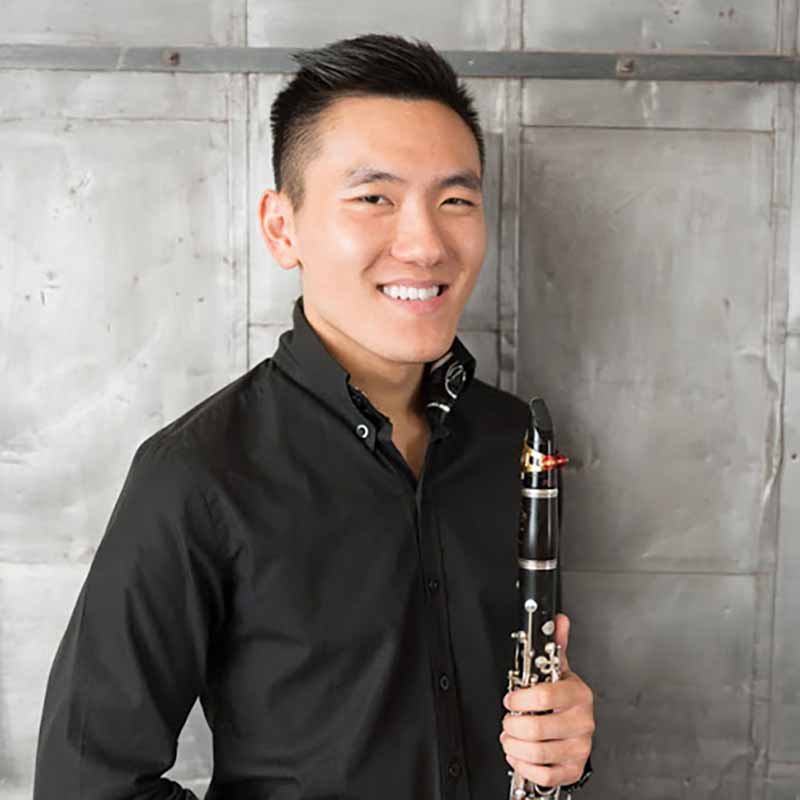 BENJAMIN CHEN joined the Washington National Opera and Kennedy Center Opera House Orchestra as assistant principal and E-flat clarinetist in 2018. He has performed with the Cleveland Orchestra, Detroit Symphony, and as guest principal clarinetist with the Saint Paul Chamber Orchestra. He made his American solo debut at the Kennedy Center after winning the National Symphony Orchestra’s Summer Music Institute concerto competition. Prior to that, he enjoyed an active freelance career based in the greater Cleveland area, holding simultaneous orchestral positions with the Erie Philharmonic, Cleveland Pops, and as principal clarinetist of the Youngstown Symphony. In addition to performing with ChamberFest Cleveland, Mr. Chen is a member of Cleveland’s Pierrot new music ensemble, Ars Futura, and the award-winning North Coast Winds quintet. Other festival appearances include the Pacific Music Festival in Japan, National Repertory Orchestra, Breckenridge Music Festival, and Sarasota Music Festival. He and pianist Dean Zhang present recitals nationwide as the Edgewater Duo. He has served as an interim faculty member at Kent State University; visiting instructor at the Oberlin Conservatory; and presented master classes in China. He earned degrees from the Cleveland Institute of Music, where he studied with ChamberFest Cleveland’s Franklin Cohen and received the Helen Curtis Webster Memorial Award and was a winner of the 2012 concerto competition, and an Artist Diploma from the Oberlin Conservatory.